During the last quarter of 2012 car insurance premiums for young ladies increased by an average of 16.4 per cent. This may have been in anticipation of the impact that the EU gender directive was expected to have that came into effect on 21st December 2012. 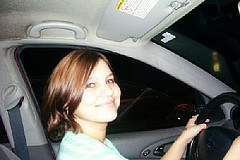 Ladies in the 17 to 20 years of age bracket that were the only named driver on the car insurance policy paid an average of £2,081 per annum. However, those ladies that had taken the plunge and got married in that age bracket only saw their premiums increase in the same period by an average of 4.8 per cent to £2,089 per annum and that covered two drivers on the car insurance policy.

Interestingly, premiums for males in the same age group dropped by an average of 10.7 per cent during the last quarter of 2012.

Gareth Kloet, who is the head of car insurance at Confused.com, made the observation that we have referred to above that insurers had responded to the EU gender directive anticipating the impact in premiums during the last three months of 2012. Their index reflects this in the changes in car insurance premiums seen in that period.

It is also worth noting from the Confused.com/Tower Watson Car Insurance Price Index that in the last quarter of 2011 the average cost of fully comprehensive car insurance stood at £844 – in the last three months of 2012 that figure had dropped to £737 – a reduction of £107.

So, what should lady drivers do? Well, you can just sit back and accept the increase when you receive your car insurance renewal notice through your door or you can start shopping around. By going on the Internet and spending a few minutes on one or more of the car insurance price comparison websites you may be pleasantly surprised to find that you may be able to arrange your car insurance with another insurer at a lower premium than you are being asked to pay when the increase comes into force.