Would You Find A Dashcam Useful?

We are sure that you will agree, anything that can be done to contain or lower your car insurance premiums has got to be welcomed. Well, there are a limited number of insurance companies that will take dashcams into account when quoting for cover albeit more insurers will allow them to be used to support a claim. 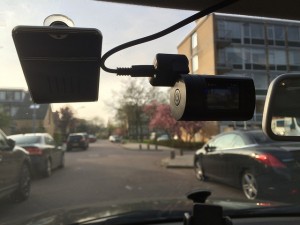 Would more drivers have dashcams fitted to their cars if there were more insurance companies prepared to offer car insurance at a lower premium?

A dashcam is fitted to either the front windscreen or dashboard of your car so that it videos the road ahead. So, should you be unfortunate to be involved in a frontal accident, it may have a record of the accident that could prove useful in the event of a claim being disputed by the other party involved.

USwitch has recently carried out a survey about dashcams and some of the results make for interesting reading. There were 2,235 respondents to the survey of whom 2,132 drove. Some 2,000 or those taking part in the survey had heard of dashcams or dashboard cameras. However, only 247 had a dashcam installed in their car. There were 564 people that had been involved in road traffic accidents who could not prove that they were not at fault for the accident.

Of those responding, 1,765 felt that having a dashcam fitted to their car could have provided some protection against fraudulent claims. There were 1,549 people that felt the claims process could have been speeded up if they had a dashboard camera fitted. A similar number-1,598, felt that a dashcam would help them prove their innocence should they be unfortunate to be involved in a car insurance claim. Even more – 1,879, were of the opinion that the footage from a dashcam would provide proof of the accident should they need to make a claim.

Interestingly, 1,561 people said that they would consider having a dashboard camera fitted in their car if their car insurance premium were to reduce as a result of taking this action. However, 167 people felt that it would not be worth having a dashboard camera installed as it was unlikely to make any difference to the premium. There were 149 people that thought the cost of such technology would be too much.

It will be interesting to see if more car insurance companies offer a discount in premiums to those drivers that have a dashboard camera fitted in their vehicles.