Although newsworthy, the following post is being published more as a few words of caution. It just goes to show that it is not worth taking the risk!

It should not come as a surprise to hear that if you pervert the course of justice and falsely claim that you were driving a car in the hope of protecting the real driver that was not insured to drive the vehicle who had an accident whilst at the wheel then you could face a jail sentence. That is what has happened to a lady in the UK.

It appears to have all started when the daughter of the lady in question decided to borrow her mother’s car towards the end of 2012 to go and collect her son as there was a problem with her own car. 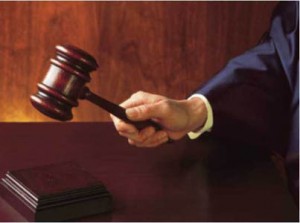 Make sure you are insured to drive the car that you are at the wheel of!

Unfortunately, the daughter, who was deemed to be at fault for the car accident, drove the car into the rear of another car that had to be written off. She had thought that she was insured to drive the car but this was not the case. She was not covered to drive her mother’s car either through her own insurance or her mother’s.

Her mother was concerned that she could not afford to meet the repair costs and that her daughter could be discovered that she had driven a car which she was not insured to do so. She, with the knowledge of her daughter, made a claim through her car insurance company and the company paid the costs of several thousand pounds.

When the fraud came to light they were taken to court and found guilty. The mother admitted perverting the course of justice and committing insurance fraud jointly. She was given a three-month prison sentence for perverting the course of justice but no other penalty for insurance fraud. The daughter was given a 12 month community order involving 150 hours of work that she would not be paid for, ordered to pay costs of £325 and fined £150 in respect of driving without insurance.

It may prove difficult and extremely expensive for these two ladies to get car insurance in the future.