It has been mentioned time and again by many of the car insurance comparison sites that following the advice from the insurance sector is often helpful in bringing down the insurance claims. Given the recent weather conditions, the best way to prevent accidents as well as the following insurance claims is by changing to the winter tyres. The severe weather has been the cause of worry for many of the regular drivers and with the icy roads and the stream of blizzards do not make it any easier. IAM, the Institute of Advanced Motorists has come out with the benefits of the winter tyres and how it specifically comes to aid with the weather that has been currently experienced in Britain. All the points hint that winter tyres could not only decrease the rise in the insurance claims but also help prevent accidents which increase in folds during such weather conditions. 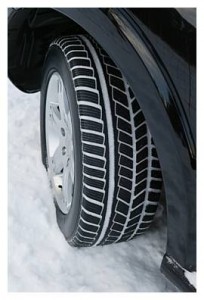 Winter tyres are a sensible and suitable option for most of the motorists in Britain especially for people who live at higher altitudes or remote areas. The head of IAM believes that these people are more at risk as the conditions both weather wise and infrastructure are either ill-effected or poor. Furthermore, IAM also believes that the new range of all-season tyres could be the solution for the people who could not afford changing tyres with the change in seasons. Given the unpredictable weather, it is best to be precautionary rather than cry over spilt milk later. An investment such as change in the tyres for better safety is most needed for the UK residents given that the BBC weather forecast predicts more snowfall at the end of this eventful year. Furthermore, motorists in Wales as well as in the southern parts of England need to consider this issue more seriously than the ones living in other parts of England.