On average, car insurance premiums rose by quite a sizeable sum last year. In fact, just in the final quarter of 2015, such premiums went up by an average of 7% according to the Association of British Insurers (ABI). 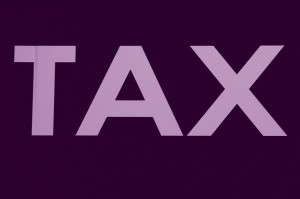 The ABI has advised the Chancellor of the Exchequer against considering increasing IPT in the Budget on 16 March 2016.

Part of that increase can be put down to the Chancellor of the Exchequer announcing last year that Insurance Premium Tax (IPT) was going up from 6% to 9.5% with effect from the 1st November 2015. It was estimated by the ABI that such an increase meant that the average cost of a fully comprehensive car insurance policy rose by in excess of £13 per annum.

You may be aware that it is not many weeks before the next budget. This is to take place on the 16th March 2016.

In this knowledge, the ABI has made it clear that it would not want to see a further increase in IPT in that budget. It is not only car insurance that has been hit by an increase in premiums due to higher IPT but other insurances such as buildings and contents cover, and private medical insurance. Collectively, families have had to find a significant extra sum of money to cover this rise in IPT.

Let us hope that the Chancellor of the Exchequer takes on board what the ABI are saying and does not increase IPT on the likes of motor insurance policies in the forthcoming budget.

There is a lot to be said for people with car insurance policies that are shortly coming up for renewal to try to see if they can get the same level of cover that they consider to be satisfactory but for a lower premium. It takes very little time and effort to shop around to try to find a cheaper car insurance deal especially by using the likes of the Internet where there are numerous providers of such cover listed. You can use the Internet 24/7 to obtain quotes and examine car insurance product details.