As you will no doubt be aware, people in the UK recently voted to leave the European Union. You may remember that, back on the 21st December 2012, the EU Gender Directive came into force which meant that insurance companies could no longer take into account whether someone is a man or woman when it came to deciding how much they can charge for the likes of car insurance. 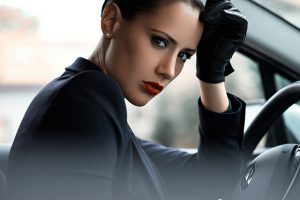 Following the UK deciding to leave the EU, could we see car insurance premiums for females reduce in due course?

At the time, this ruling was not well received by insurers as it is a known fact that, statistically, a man is more likely to have a road traffic accident than a woman so a male is more likely to claim on their motor insurance policy. Until that ruling came into force, insurance companies were and did charge male policyholders more for their car insurance than females due to their gender.

So, following the recent announcement that the United Kingdom is no longer to be a member of the European Union, will insurance companies be able to charge men more for their car insurance than women purely due to their gender? At the moment, it is too early to tell what is going to happen in that respect.

Most women motorists will no doubt be in support of their premiums being lowered due to their gender as they are less likely to claim on their car insurance policy. If this happens, could premiums for men increase further? Presently, it would appear to be too soon to tell what may or may not happen. In any event, according to the Confused.com Car Insurance Price Index quarterly report that was recently published, the average premium being charged for fully comprehensive car insurance for women is lower than that for men. Needless to say, we will keep our readers up to date with any developments in respect of the above.