Will Black Boxes Be Fitted As Standard?

An increasing number of people, especially younger ones, are having a black box fitted in their car to benefit from cheaper car insurance premiums. It is also known as telematics insurance. 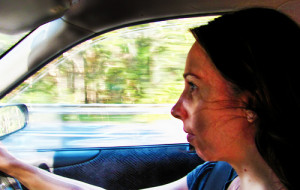 The black box records a number of things such as where the car is being driven, when it is being driven and how it is being driven. For instance, what speed is the car going and how are the brakes being used. The idea is that this is a better way of establishing how safe someone is driving as opposed to putting a great deal of focus on someone’s age.

Yes, it is a known fact that there are a higher percentage of people under 25 that will have a car accident than the over 25s but there are also no doubt a lot of younger, inexperienced motorists who drive with great care and don’t have an accident. Black box technology should identify those people and their premiums more accurately reflect the risk.

You will be interested to read that it is being forecast that during the next decade that a black box will be a standard fit in all new cars. Surely, this should be viewed as a positive move as it should help contain/reduce car insurance premiums although some people will feel that it is Big Brother watching over them again.

It is expected that, if such black boxes are fitted as standard, a motorist can still opt out of using one. However, could this not mean that their premiums could be more than someone who takes part in the scheme?

If you drive with due care, attention and consideration for other motorists, road users and pedestrians why should you object to such a device being fitted? If it improves road safety and therefore reduces the number of accidents and fatalities on our roads that has to be a good thing.

As always, we would very much welcome the thoughts of our readers on a topic that is undoubtedly not going to go away but why should it!