What Is Motor Excess Protection?

As you are no doubt aware, when you arrange car insurance, the insurer imposes a compulsory excess with the policy and there is often an option to pay a voluntary excess. The compulsory excess may vary for a number of reasons. If your excess is say £200, should you have an accident that is your fault and claim on your policy, then you will be responsible for paying the first £200 of the repair bill with the insurer paying the balance. 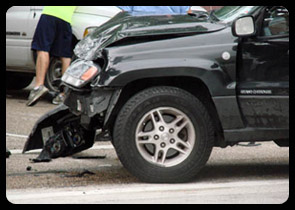 If you are involved in a car accident you may wish to claim on your car insurance policy.

Sometimes the excess that is imposed by the insurer can be quite high. For instance, the writer of this post has just changed their car for the same make and model of car on which they were liable to pay an excess of £200 on their existing policy. However, on the new car, the same insurer has now increased the excess to £450 with that being quite an increase.

That prompted the writer to look into the matter further. A potential option could have been to try to find an alternative insurance company that would be prepared to provide the cover with a lower excess but this proved fruitless.

So, another option was to consider arranging a motor excess protection policy. What this policy does is to reimburse the excess that you have paid on one occasion in a policy year. To cover an excess of £450 meant paying £33 per annum with one of the companies that provided such cover. Not only are you covered if you are at fault for the accident but you are even covered if it has not been possible to identify the other party that was involved in the accident.

There are a number of providers of such cover so if this is something that you are interested in then you may wish to shop around try to get the most competitive deal.