What Has Happened To Car Insurance?

Fact – vandalism and accidents have fallen but, unfortunately, car repair costs that have been inflated on purpose keep rising playing a major part in car insurance premiums increasing. 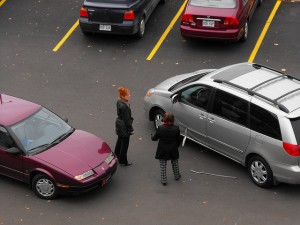 There seems to be a fear that car crime has increased with more vandalism and thefts but this is not the case.

Here in the UK motorists are forking out in the region of £10bn per annum for car insurance with a substantial amount of this being wasted. The AA say that car drivers are paying out an average of almost £1,000 per annum in car insurance compared to a figure of about £350 back in 1994. This figure does of course also include drivers from the age of 17 upwards with the majority of those drivers in middle age paying in the region of £500 to £700 per annum.

Yes- a brand new Ford Focus would cost around £14,000 plus today whereas a Ford Cortina would have cost £3,475 in 1980 yet, taking inflation into account, there has been little change. Used car prices have also dropped with some cars being worth less than it costs to insure them.

So, what is the insurance premium going on these days? Well, the part of the car insurance premium that covers theft and accidents has dropped but you are now paying for increasing uninsured losses, false whiplash claims, inflated repair costs and ridiculously high courtesy car hire charges.

You will be pleased to hear that the Competition Commission has started an enquiry into car insurance.