What Happened To The EU Gender Directive?

You may remember that, back on 21st December 2012, the European Union Gender Directive came into force with the intention of making sure that insurance companies did not discriminate on price between men and women due to their gender. Car insurance companies amended their premium rates accordingly. 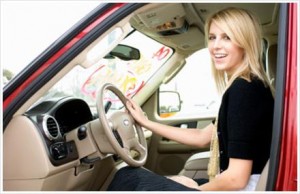 Is the EU Gender Directive working effectively when it comes to car insurance?

However, MoneySuperMarket.com, the price comparison website, has provided some interesting analysis that may seem to bring this into question. Apparently, young male motorists in the age bracket of 17 to 19 appear to be paying as much as 26% extra than a female in the same age bracket for their car insurance.

It is not just within this age bracket that men appear to be paying more. In the last 12 months, the average premium paid by men across all the age bands was £439 per annum. That figure represented an increase of 3.2% on the previous year. Females are paying an average of £360 per annum – an increase of only 1.8% on the year before. Overall, men are paying just under 22% more than women for their car insurance.

There are many other things that are taken into account when working out the premium someone pays for insuring their car. For instance, what you do for a living, how many miles a year you drive, where you live, the sort of car you drive and any points on your driving license. So, perhaps it is purely coincidence that when all the factors are taken into account that women are cheaper to insure.

Of course, it is a well-known fact that women are safer drivers as they make fewer claims and those claims are of a lower value than that of their male counterparts.

It may pay you to shop around to see if you can get cheaper car insurance for the same level of cover elsewhere.

The above is certainly interesting and we would welcome our readers’ thoughts on this subject. So, feel free to leave your comments below.