According to a survey carried out by webuyanycar.com, drivers in the UK, over a 12-month period, are paying more to keep their cars on the road than in 20 other major countries around the world. So let’s have a look at this in a little more detail. 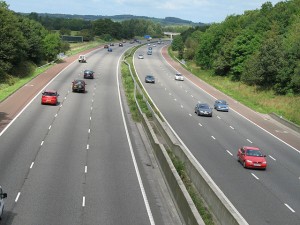 Running your car in the UK is expensive

The survey took into account a variety of things, with these being the cost of an MOT, car tax, car insurance and fuel. The average amount that motorists in the UK spend on these things comes to £3,453 per annum.

As for road tax, things are not good for the motorist in the UK with an average annual bill of £225. If you lived in the likes of New Zealand, South Africa or Canada you wouldn’t even have to pay road tax and you would be paying a seventh of the average price in the UK if you lived in Russia, Spain or Switzerland.

On the car insurance front, things don’t look too bad. In the UK, the average amount paid each year is £667. This figure is comparable with the likes of Italy, Germany, Netherlands, Canada and the USA. In Switzerland, the average annual car insurance premium is £1,200. However, if you reside in Australia, Spain or France, you can expect to pay on average less than £400 per annum.

Obviously, potentially, there are ways that the UK motorist can reduce their motoring costs such as shopping around for their car insurance, MOT and fuel and buy a car that comes in a lower road tax category.