Types Of Car Accident People Have

Diamond Car Insurance conducted a review of in excess of 400,000 accident claims that had been processed over the last 5 years to reveal some interesting facts. 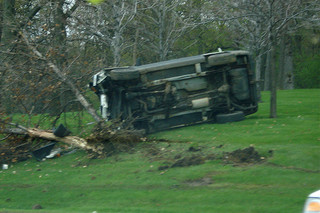 Ladies tend to hit cars that are parked whilst gentlemen tend to be involved in large crashes that involve serious accidents that include someone being hit whilst walking on the pavement or pile-ups.

These findings have been published after the gender ruling came into effect on 21st December 2012 when car insurance companies could no longer take into account whether someone was male or female in calculating the car insurance premium. It is young female drivers that have seen the biggest increase in their car insurance premiums.

Diamond Car Insurance specialise in providing car insurance to lady motorists. They found that the female sex tended to get involved in collisions that are of a low impact. For instance, they are far more inclined to reverse into another vehicle, collide with a parked car, drive into a wall or be involved in an accident on a minor road than a man.

Below is a list of the claims that ladies are more likely to be involved in: –

David Halliday who is managing director of Diamond Car Insurance stated: ‘Accidents caused by men are on average more costly than those caused by women.

It’s a month since the EU gender directive came in and our research clearly shows there are differences between men and women.’

AA Insurance has conducted some research showing that the average quote for a female in the 17 to 22 age bracket rose by 4.7 per cent to £1,464. A young chap in the same age bracket saw his premium drop by an average of 1.9 per cent to £1,858.