The Department of Transport, UK recently launched an awareness campaign to let people know the ill effects of driving an uninsured car. First only driving such was illegal but now the law has expanded its wings to include owning one as well. Uninsured drivers are not only dangerous for other people but also make others who have insured their car, pay high premium charges.

The new law states that if the mandatory rule of insuring the car is not followed, then one is liable to pay a fine of up to £100. Repeated warnings and fines can even result in the car getting confiscated. This has opened the market for car insurance which was on the verge of decline because customers dreaded the soaring premium amounts. With new law in effect, everyone is on the look for cheap car insurance. It can
be easily availed by comparing the insurance quotes of different companies online.

Insurance quotes are always rated high for young drivers as they are more accident prone. It is not surprising to find the youth looking at cheap car insurance policies to lower the premium amounts. There are ways in which one can get this done effectively without compromising on the policy
content. Low premium amount covers the least of the damages in case of accidents. This has to be taken note of.

It is always advised to buy a less fancy car because the premium charges are in direct proportion to the cost of the car. Higher the cost, higher the premium. Low budget cars will help in case the damage cover does not include the actual damage caused to your car. Spare parts cost would be lower if you use a relatively cheaper car.

Car insurance companies in UK are under the probe for charging high premium amounts. Prices have soared continuously in the past one year and to know more about it, the office of Fair Trading has started with investigations. It seems as if the insurance market has lost competition which can be a just and fair reason for high prices but that is not the case in actual. The high premiums have forced people to choose cheap car insurance policies, which sometimes does more harm than offering protection. Low cost policies tend to cut the cover charges for damage. Also, cases of people getting lured by cheap policies which have turned out to be fake have been reported.

The companies on their part are trying to play it safe by stating their own reasons for the hike in premium amounts. Fraud damage claims being the most common of it. Others include accident management charges. Going by the theoretical saying, competition plays in favour of the customer who gets to decide the best at the least of the rate. Reality or practice states otherwise. To offer protection to customers, the Office of Fair Trading has put the right step forward. The investigation is believed to throw more light on the issue of how highly competitive the insurance market really is. 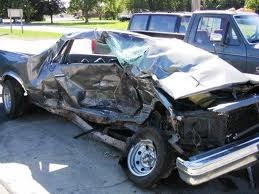