The Implications Of Drink Driving Are Severe

It is perhaps rather timely at this time of year to raise the question of the potential implications of having a few drinks at the office party and then driving your car home. 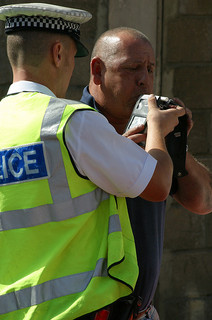 Drink driving is not worth it!

In doing so you may be putting your own life at risk, the lives of your passengers, the lives of the drivers and passengers in other vehicles, the lives of pedestrians and probably the lives of any other living being that your car comes into contact with whilst you attempt to drive it home. If you are fortunate enough not to kill anyone you may end up seriously injuring someone.

Then you need to consider the financial implications. You will no doubt receive points on your license, a considerable fine, may be banned from driving, may go to prison and may loose your job.

The other thing to consider is that, if you are found guilty of drink driving, your car insurance premiums are, at very least, likely to increase significantly and will probably remain at a high level for many years to come.

Recently, police data has been released that shows that since 2009 the number of drivers that have openly admitted to driving their vehicle whilst drunk has just about doubled.

With in excess of 3,500 drivers this year being caught drink driving, Greater Manchester holds the unwanted record of the UK’s capital with the most drink drivers.

Cumbria Police can claim to have arrested the driver who was most over the drink drive limit – seven times over the legal limit. This equates to 24 vodkas or 10 pints of lager.

A poll of 2,028 people by LV, the insurer, revealed that up to 20% of motorists did not know how many units of alcohol are in any one drink. A staggering 15% admitted to driving whilst over the legal limit on at least one occasion and 88% confirmed that their driving ability had been affected.

It is a known fact and should not come as a surprise to hear that more people are arrested in December for drink driving than any other month. Don’t be one of those statistics – get a taxi home or don’t drink alcohol.