The Impact Of No-Fault Claims

There are no doubt many drivers that have been involved in car accidents that are their fault. Perhaps someone has reversed out of a car parking space in a supermarket as you were driving past and caught the wing of your car or hit the back of you whilst you were parked at a T-junction waiting to turn. 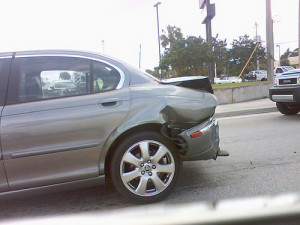 If you are involved in a no-fault accident claim your car insurance premium may increase – Image credit: zoovroo.

Having to claim on your car insurance policy can be most inconvenient and something that you could do without. However, what is worse is the impact that it may have on your premiums.

Apparently the AA has undertaken some research into the impact that no-fault claims can have on premiums by contacting a major price comparison website to get some quotes. The AA discovered that with about 5% of car insurance providers, those motorists that had previously had one no-fault claim were faced with a quote that was an average of 30% more than someone that had no such claims. Some drivers that had previously had two no-fault claims were asked by around 91% of insurers to pay anything between an average of 10% to 50% extra than someone that had not previously made such a claim.

You may well be wondering why car insurance companies do charge more? Well, these sorts of decisions are no doubt based upon statistics and it is believed that you are more likely to be involved in a car accident at some point in the future following making a no-fault claim. So, in the opinion of insurers there is obviously a greater risk.

There are no doubt a number of drivers that do not bother to report some incidents preferring to settle directly with the other party. However, what would happen if the other party who had perhaps suffered what was originally thought to be a very minor injury then decided to put in a claim through their insurer for what turned out to be a more serious injury. Therefore, is it not better to “bite the bullet” and take the increased premium on the chin but have the protection of your car insurance policy?

We would welcome your thoughts on the above.