The Cost Of Adding An Inexperienced Additional Driver To Car Insurance

I thought that I would write about my experiences of the last few days when I looked into adding my son to my wife’s car insurance on which I am named as an additional driver.

My wife and I are both in our 50s and have been driving for over 30 years so are presumably classed as experienced motorists. However, my son is 32 years of age but has never learned to drive despite getting his provisional driving license about 15 years ago. 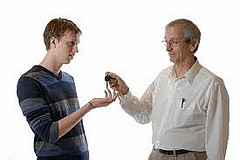 Car insurance premiums for inexperienced drivers can be high

He has decided that he would like to learn to drive and we thought that I could teach him in our Alfa Romeo 147 that is about 8 years old and then he could have a few lessons from a professional driving instructor prior to taking his test. I was just about to pop into Halfords and buy some L-plates when I suddenly remembered that he needs to be insured to drive the Alfa.

Anyway, I rang the car insurance company that we had arranged the insurance with a couple of years ago to get a quote to add our son to the policy. We are presently paying just under £37 per month.

I had no idea what the increased premium would be but I thought in the region of £50 to £60 per month. After all, at 32 years of age he is hardly a boy racer! I was staggered to be told that the existing insurance underwriting company would not insure him but they had found one that would. However, the revised car insurance premium would be just under £114 per month.

Anyway, I left the matter their and thought that I would need to shop around to see if I could get a cheaper car insurance quote elsewhere. I then rang them back to ask what the premium would be if he were added to the policy once he had passed his driving test thinking it would be lower. I thought that he could just have professional driving lessons rather than learn in our car. The premium was even more – just under £122 per month. This was because he would be more at risk of having an accident if he was driving on his own.

When I have some time, I will be getting some more quotes from other car insurance companies by using a price comparison website to see if we can get him insured for less than we have been quoted. I will let you know.