The Benefits Of An MOT

Firstly, it is worth pointing out that MOT stands for Ministry Of Transport and is a periodic test that needs to be carried out on motor vehicles. In most cases the test is undertaken when a car is 3 years of age and every year thereafter but there are some exceptions to this with some vehicles being tested when they are only a year old. 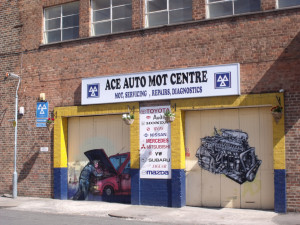 It is a legal requirement that a vehicle must be maintained in a roadworthy condition but under no circumstances should an MOT test be viewed as a suitable alternative to having your car serviced on a regular basis. So many people make this mistake. If a car passes the MOT then a certificate is provided to confirm this that car insurance companies will wish to see or know has been issued.

The sorts of things that an MOT looks at are the standard of the tyres so, if a tyre were badly worn to a point it was below the legal tread limit, it would need to be replaced before the car passed the MOT. The effectiveness of the brakes are also tested – both foot and hand brakes. The car’s horn is checked. The exhaust emissions and the exhaust are assessed. The seat belts are checked for their security. The steering and suspension is looked at. They make sure no fuel is leaking. However the MOT test does not cover the condition of the gearbox, clutch or engine.

Yes, a benefit is that it means that there are more roadworthy cars being driven than if such a test was not done thus keeping the roads safer for both motorists and pedestrians. However, just because you have a car that has passed its MOT, does not mean to say that it is any less likely to break down.