Ten Of The Most Expensive Cars To Insure

With many people in the UK having had to tighten their belts in recent years, what may have initially been a little bit of affordable luxury, may now be a significant burden on their monthly budget. This could be the case when it comes to looking at the cars that some are driving around our UK streets. 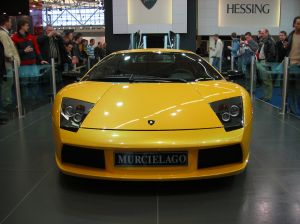 The Lamborghini Murcielago is expensive to insure

Not only is the cost of fuel proving prohibitive but also, in the case of some vehicles, the car insurance premiums are proving a problem from a financial perspective. There will always be people who can comfortably afford to drive around in expensive cars no matter what the state of the economy but there are others who may need to think twice before taking the plunge and buying that bit of luxury to get from A to B.

Therefore, it may be useful to look at some of the cars in the UK that are possibly some of the most expensive to insure. However, if you are considering purchasing one of the following, you should check the cost of the premium yourself. In descending order take a look at the following: –

9. Mercedes Benz ML63 AMG
Similar to the previously mentioned car it has a top speed of 155mph from its V8 engine and will set you back about £85,000.

8. Jaguar XKR
This car will take you from 0 to 60mph in a mere 4.4 seconds before reaching a maximum speed of 174mph.

7. Landrover Range Rover Autobiography
A roomy, luxurious four-wheel drive that will cost around £60,000.

5. Nissan GT-R
With a top speed of around 200mph from its V6 3.8 litre engine it is hardly surprising it is not cheap to insure this sports car.

With a top speed of 212mph derived from its V12 6.2 litre engine this is not cheap to insure.

We hope that the above proves useful.