You may be surprised to read that the Department of Transport’s recent National Travel Survey: England 2013 revealed that fewer car trips were made by people in 2013 when compared with 1995/97. Many of you would probably have thought the reverse would have been the case especially when you consider how many vehicles there would seem to be on our roads these days. 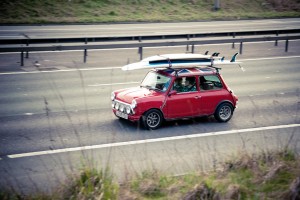 So, if people are not making as many trips in cars how are they getting about? Well, there has been an increase in the usage of public transport. In 1995/97, public transport accounted for 9% of trips made but by 2013 this figure had grown to 11%. There was a big increase of 67% in the number of surface rail trips made by people and the number of trips made on London buses rose by 45% although bus trips outside the capital dropped by 18%. There was a drop in 30% in walking trips.

There are no doubt a number of factors as to why people made fewer car trips with cost no doubt being one of them. The overall cost of running a car has probably increased significantly with things such as the price of filling up your car’s fuel tank having some bearing.

Dare we say that if there are fewer people making car trips these days is there not a case for car insurance providers to take this into account when working out the cost of car insurance. After all, if fewer car trips are being made is there not less likelihood of an accident taking place?

As always, we welcome your comments.