According to a new research more and more of accidents happening in UK are staged. While questioning the motorists involved in the accidents during last two years, one out of 20 motorists believe that he has become the victim of “crash-for-cash” scam.
The motorists get entrapped most commonly with “rear-ending” when the fraudster apply sharp sudden brakes while driving on road and cause an accident by the motorists behind him. The other common options of fraudsters include side swiping other cars as around 17% of the motorists have admitted that they become victim to the side swiping of the cars. Around 24% of the drivers stuck with the fraudster when he signals to merge in traffic but crash in their vehicle.
24% of respondents believe that they become victim by unscrupulous drivers who knowingly cause an accident for financial gain through claim. Around 37% of the drivers involved in accident are of opinion that the other driver makes unnecessary personal injury claims while he was unharmed. There are also such fraudster drivers who claim for damage, which is predated when the accident happens.
Some of the drivers are entrapped in the claim nexus when the other driver wrongly blames the motorists regarding the circumstances that cause the accident. Even some of the fraudster lies for claiming compensation that they had a passenger while driving and got hurt during the accident while the truth is that they were driving unaccompanied.
According to the survey, every third of the motorists is paying at least £2,000 for dubious claims through their insurance. Reviewing car insurance comparison site, motorists are found to be the victim of fake claims and bear high premium charges due to it. In UK, the prime hotspots for crash for cash are Birmingham followed by Liverpool, Manchester, East London and Bradford.
Get low cost insurance when you use car insurance comparison sites online to compare insurance quotes. 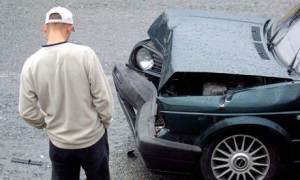