“Spy In The Cab” Campaign

You will no doubt be aware that it is illegal to use a hand-held mobile phone whilst driving your car and if you are caught you could face a fine of £100 and 3 penalty points on your license. Your car insurance premiums could also increase. 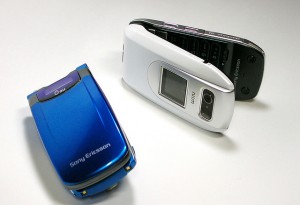 You may be interested to read that, apparently, the police are now using lorries in which there are video cameras that can film a driver of a car as the lorry is overtaking them with this being used as evidence of them using their hand-held mobile phone to make a call or text someone whilst driving. These HGVs are much higher up than police cars so you can see the benefit to the police in using them.

Let’s not forget that it is dangerous to drive a car and use your mobile phone in this way at the same time. In fact, a driver is four times more likely to be involved in a car accident if they are using their hand-held mobile phone whilst driving.

Apparently, some car insurance providers will not be willing to provide cover for someone that has been convicted of driving their car whilst using a hand-held mobile phone. Some other providers will charge a higher premium and this will no doubt vary between insurers.

Insurance companies take a firm line when it comes to people committing such an offence. If you think about it, they are deliberately breaking the law.

The best thing that someone can do is not to use their mobile phone in this way as it is just not worth putting yourself at risk of causing an accident that could have serious consequences. Twenty-five years ago, before mobile phones appeared on the scene and became as popular as they are today, we all managed to get by without having to make/take phone calls on the move. We would get on the phone when we got into the office or home.