According to data provided by the Ministry of Justice, the number of speeding fines issued in 2013 hit 115,549 here in the UK. This was the largest set of figures since 2009 and has no doubt had an impact upon many peoples’ car insurance premiums that are likely to have increased. 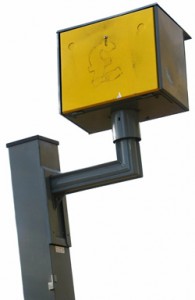 More people were fined for speeding in London than anywhere else in the UK but one of the largest increases was seen in South Wales with a three-fold increase to 6,491 when compared with back in 2010.

You may be aware that if you are caught speeding then you face a fine of at least £100 and get at least 3 penalty points on your license or attend a speed awareness course and pay to attend the course. The cost of this course varies.

Of course, the matter does not just stop there. As we have already indicated above, your car insurance premium is likely to rise as a result of being caught speeding if you do get points on your license. The amount of this increase will vary depending upon a number of factors but suffice to say that it would have been better if you had kept within the speed limit. You do need to be aware that your car insurance premium will not just increase for one year as it will likely impact on your premiums for a few more years.

The number of people caught speeding has no doubt risen in part due to the speed cameras that are on our roads. When driving, do pay attention to the speed limit on the road that you are driving on and keep within it.

Of course, should you be unfortunate enough to get caught speeding and see your car insurance premium rise there is nothing to stop you shopping around to see if you can lower the premium that has increased by moving to another insurance company when your policy comes up for renewal. You can do this by using the likes of a price comparison website.