A few days ago I was speaking with someone that had been looking for short term car insurance and thought that any one else trying to arrange such cover would find what I have to say interesting. Let me first provide a little background.

The person in question had decided to obtain a new car but on a short-term car rental as they wished to try out the car for a period of time before deciding if that particular make and model was the car for them. Having said that, they eventually decided to take the car on a six-month rental rather than the one or three month options as it was more cost effective. 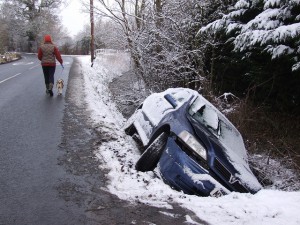 Car insurance is not only a legal requirement, it is a sensible thing to have!

Anyway, the car needed insuring and it was the person renting the car’s responsibility to do this not the car rental company. They had to arrange fully comprehensive car insurance.

The first thing that they did was to contact the insurer of their existing car to find out if this was possible. The first problem they encountered was that they were told that the maximum term available on short-term car insurance was only one month. They were put through to the section that deals with normal car insurance quotes and were informed that they could provide a quote but that it would be for an annual policy.

That initially sounded fine but when the person was told that there would be a significant deposit required and that if they were to cancel the policy in six months time they would lose part of that deposit and would also have to pay a penalty for cancelling the policy with six months left on it, the figures did not look all that appealing.

The person concerned then spent a considerable period of time searching the Internet for other short-term car insurance providers that would cover the vehicle for six months but was finding this difficult.

To “cut a long story short”, when the person concerned mentioned the above to the car rental company they put the person in contact with a broker that was able to arrange an annual policy with a leading car insurance company with no significant penalties if they decided that they did not wish to continue with the cover for longer than six months. If only they had asked the question of the rental company in the first place they could have saved themselves a considerable period of time looking for short-term car insurance.