Sheilas’ Wheels are the leading brand of car insurance providers that focus on lady drivers so how they are to implement the EU Gender Directive that comes into force on 21st December 2012 has been long awaited. 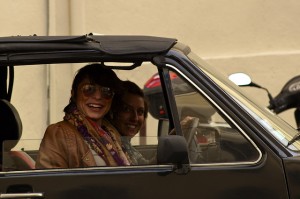 For those of you that don’t know-the EU Gender Directive makes it quite clear that from the 21st December 2012 insurance companies will not be able to discriminate between males and females as far as premiums are concerned. So, whether a lady wants life insurance or car insurance to name but two the fact that she is a female can no longer be taken into account when assessing what her premium will be.

On 18th December they will introduce their new pricing structure for new customers so that ladies and gentlemen who have identical policy details will be quoted the same price. Existing customers will be treated in the same way with renewal packs that are issued from the 18th November.

Also, from the 18th November, they will gradually reduce their “quote guarantee period” of 30 days until 17th December. This has been done to make sure that all gender specific quotes that were produced before that date cannot be guaranteed after the time that it would be illegal for a car insurance policy to be put into effect utilising one of those quotes.

Jacky Brown is Head of Projects at Sheilas’ Wheels and she stated:  “Although we have always believed the effects of this ruling will create many unforeseen consequences – not all of them positive for women – Sheilas’ Wheels expects that the impact for the hundreds of thousands of women we insure currently and those who join us both now and in future will be more favourable than what we expect to see in the market generally.”