Save On Insurance By Becoming Car Club Member

The rise in car insurance premium has resulted in rise in City Car Club membership. According to the CEO of city car club, more and more of the drivers are joining the Car Club, as they do not want to pay the absurdly increasing insurance premium on personal cars. The annual premium charges for members are £50 and the business users just need to pay £30.

The 14 cities across the England have seen the motorists increasing interest in the car club that include Edinburgh, Leeds, Liverpool, Manchester, Bradford, Huddersfield, Sheffield, Norwich, York, London, Bath, Brighton, Birmingham, Bristol and Southampton. The city car club has more than 500 cars across 14 cities of UK and their membership base is of 16,000, which is growing further.

During the last six months, the new members joining the club have given rising insurance premium as the primary reason to join the club. The other reason is the spiralling motoring cost like petrol and maintenance, which is also making a hole in pocket thus; most of the UK people prefer to use club car instead of personal car.

The car club is not only cheap but also greener alternative of travelling anywhere you want. You can easily get the city car from different city centre located in different cities. You can even book even 30 minutes earlier and still be able to get a car so even in any emergency you can rely on car club service.
The hourly rental rate of the car club city cars includes insurance, cleaning, maintenance, depreciation and fuel prices. The club members can save around £1,800-a-year by becoming a car club member, as now they need not to worry about renewal dates, rising petrol charges or VAT and maintenance all you need to do aid to pay the rent on hour basis and enjoy the journey on club car.

Even if we compare car insurance comparison site, the lowest insurance quotes are still higher than the car club membership so more and more of the drivers are becoming the member of car club. 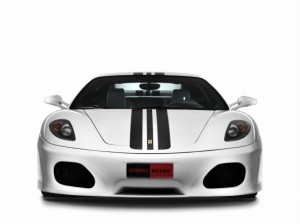