The Royal Society for the Prevention of Accidents (RoSPA) is a charity located here in the UK that campaigns for the safety of families. It is at the forefront of a campaign to encourage all political parties in this country to support the request for a Green Paper to try to reduce the number of deaths and accidents involving young motorists. 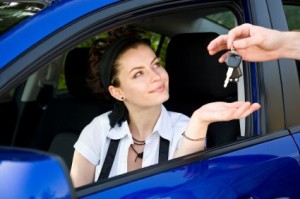 A high percentage of deaths and injuries on UK roads involve young drivers.

Apparently, in 2013, there were 131 young motorists killed and 1,159 suffered serious injuries on the road system here in the UK due to road traffic accidents. These figures are concerning and anything that can be done to reduce them would be welcomed. Here in the UK, around one fifth of road deaths are as a result of car accidents involving young drivers.

Could young drivers have to have a block box fitted to their cars to assess their car insurance premiums based upon a number of factors picked up by the technology such as the speed they are driving, how they brake and when they use their cars. This is also known as telematics car insurance. This sort of cover is being offered by an increasing number of insurance companies including some of the major ones.

Another thing that has been suggested is a graduated driving license that is available in a number of countries such as some states in the USA, New Zealand, Northern Ireland and Australia. It enables newly qualified drivers to improve their driving capability in stages. Apparently, in New Zealand, following the introduction of this scheme, there has been a drop in injuries caused by car accidents of 23% for young drivers in the 15 to 19 year age bracket and by 12% for those aged between 20 to 24. It is estimated that if such a scheme were introduced here in the UK it could reduce the numbers of serious injuries and deaths caused by road traffic accidents by as many as 400 a year.

Let us hope that the RoSPA gets the support of MPs across all political parties.