Many of you will have heard about telematics car insurance that is also known as “black box” insurance. It involves a black box being fitted inside your car that monitors how you drive with this information playing a part in how your car insurance provider calculates your premium. 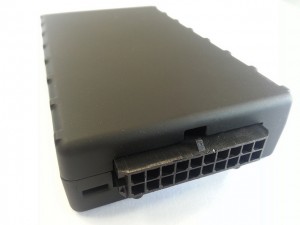 For instance, it will monitor things like what time of the day you use the car, where you drive it, what speed you travel at, how you go around corners and how you brake. The insurer will use the data and all the other usual information that they have about you and the car such as the make and model of the vehicle, how many miles you travel each year and the level of cover to work out the premium. Some insurance companies will collate the data quarterly and adjust your premium every three months whether that is upwards or downwards.

According to the British Insurance Brokers Association (BIBA) that has carried out a survey of the main providers of telematics car insurance in this country, the number of people arranging “black box” car insurance has increased. Back in December 2013, there were 296,000 such policyholders. As at December 2014, some twelve months later, that figure had grown by just over 9% to almost 323,000.

In particular, it is the young driver that is faced with higher car insurance premiums often having to pay a four-figure sum each year. It is a known fact that many such motorists may see a substantial reduction in their premiums if they were to consider switching to telematics cover. There are an increasing number of providers of such cover with some being well-known insurers so you may wish to consider getting a quote to compare the cost to see if you can get cheaper cover when you come to renew your policy or are looking for car insurance for the first time.