It is well-known that the younger motorist in his or her late teens to mid twenties, especially those that have only just passed their driving test, are faced with paying a higher premium for their car insurance in the first year than an experienced driver who is 50 years of age. However, some interesting research recently carried out on behalf of the RAC has revealed that a high percentage of younger drivers mis-calculate just how much their car insurance cover is going to cost them in year one. 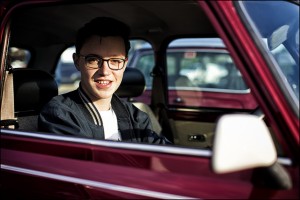 Research has shown that a large % of young car drivers looking for their first car insurance policy underestimate how much the premium will be.

The survey was carried out involving 500 people that were aged between 17 to 24 years of age. 350 of those taking part in the survey had passed their driving test and the remaining 150 were still learning to drive.

The research revealed that 56% of those questioned were expecting their first year’s annual premium to be less than £750. Well, according to the Association of British Insurers (ABI), motorists 25 years of age and below can expect to pay an average of £810 per annum for their first car insurance policy.

It is interesting to read that the survey also showed that 62% of people taking part in the research felt that it was the cost of car insurance that was preventing them from running their own car. Only 22% were of the opinion that it was purchasing a vehicle that got in the way of them running their own vehicle.

Young motorists looking for car insurance could try to reduce their premiums by shopping around with a variety of insurance companies. One way of doing this is to use a price comparison website. Another option could be to look into telematics (black box) car insurance.