“Fronting”, in relation to car insurance, is where say a parent states that they are the main driver of a car when in fact one of their children who is named as an additional driver is actually the one that spends the majority of the time at the wheel of the car being insured. This is done with a view to lowering the cost of insuring a car that would normally be quite expensive to insure if it is a young driver under the age of 25 being covered. 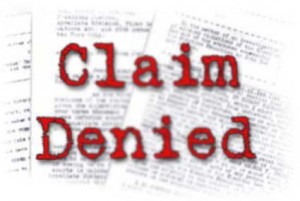 Do not get involved in “fronting” as if you were to claim on your car insurance policy it may be declined.

Co-operative Insurance has carried out some research that indicates that around one in ten parents of drivers in the 17 to 25 year age bracket admitted to being involved in “fronting” a policy for one of their children over a period of two years at some point. Currently, 37% of those parents are involved in “fronting” their child’s car insurance policy. The region that has more parents “fronting” policies is the North East, followed by Yorkshire and then the South East.

It is estimated that of those parents involved in “fronting”, 63% of them are doing so with a view to saving their children money. You are no doubt well aware that it is those motorists in the 17 to 25 year age bracket that tend to have to pay high car insurance premiums with the premium often running into four figures.

Unfortunately, if you arrange such a policy on this basis then it is deemed to be fraudulent and can have serious consequences. For instance, if your child was involved in a road traffic accident whilst driving a car that you were named as the main driver for and it was proven that your son or daughter is the one that normally drives it then the insurer could refuse to meet any claim. Furthermore, it could make it more difficult for you or your child to obtain car insurance in the future and if you can the premium may well be significantly higher.

It is far better to be honest and state that the main driver is your offspring. One of the ways that they may be able to get cheaper car insurance is by way of telematics insurance that is something that we discussed in last week’s post. Also, it could be worth shopping around to try to get the most competitive premium available for the required level of cover.