There are several factors that affect how much your car insurance premium is such as the make and model of car that is insured, your age, your driving experience, the level of cover i.e. fully comprehensive, third party fire and theft or third party and where you live in the UK. 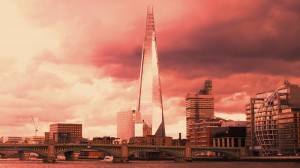 The reason why where you reside has a bearing on the cost of your motor insurance is that car insurance companies will have data that shows in which villages, towns and cities people have more road traffic accidents and where cars are more likely to be stolen or broken into. Those motorists that reside in an area that has a greater percentage of car thefts or cars being broken into are more likely to have to pay more for their car insurance than those that live in areas that do not encounter such crimes so often.

You may be interested to note that on the website of MoneySuperMarket.com they provide an average price of car insurance premiums broken down on a regional basis around the UK. Details are as follows: –

As you can see, there is a wide variance in the average price of car insurance between the most expensive region of Greater London (£648 pa) and the cheapest region of South Scotland (£258 pa). There will be locations within those regions where premiums are higher than the average and some locations where the premiums are lower. When looking for car insurance you may wish to obtain a number of quotes from a variety of companies as they may charge different premiums for providing the same level of cover.