The young drivers are perceived as high-risk drivers as they are mainly involved more in crashes and damages. Now they can reduce on the car insurance premium by fitting a spy-in-the-car box to get the information about the driving habits. The device is fitted in the interior of the car, and GPS tracking helps in monitoring the driving habits of the car owner.

The drivers can save upto 15 to 17 percent on their car insurance premiums by the help of their good driving habits. The device collects the data regarding the distance covered by the driver, speed, driving quality, braking and cornering ability.

There is no restriction on the miles to drive on but the box users can give an estimated number of miles he will drive throughout the year. In case the predicted number is exceeded, then there will be rise in the premium slightly and the driver will have to pay a one-off charge also.

This idea has worked well with one young driver as his premium cost almost halved when compared with original quotes from car insurance comparison site. However, the young driver already has a five-year driving history and with the help of the tracker device, his insurance charges reduced heavily. This young driver used to drive in daytime, which is thought as safe and cheap zone and with 3,000 miles to do in a year he can easily save on the car premium cost by good driving habits.

The young drivers are considered high-risk drivers and then tarnished with blunt insurance fee brush. However, the young drivers wish to pay, as they drive which do not used to happen with young drivers. Now with driving tracker device you can easily get car insurance quotes accordingly. 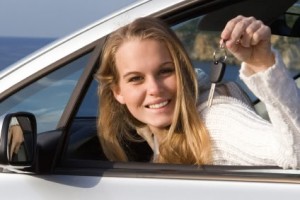