Quite a few motorists may think that if they are not at fault for a road traffic accident and make a claim that their car insurance premium will not be affected. Well, unfortunately this is often not the case as some research carried out by Which? has proven. 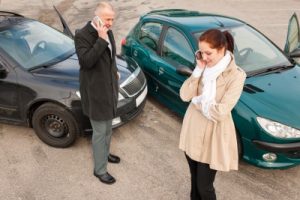 Some motor insurance companies may still increase your premium even if you were blameless for the accident that you submitted a claim for.

Which? got a number of car insurance quotations from 12 insurance companies both last month and this month. They looked at the impact of the quote if someone had been involved in a minor scrape that they were blameless for and submitted a claim.

Which? discovered that in many of those cases, where the insurance company of the policyholder had still ended up having to pay out perhaps because it was not possible to trace the driver of the other vehicle even though their policyholder was blameless, then some insurers charged significant increases in premium. For instance, the quote from Esure was 39% more. More Than charged an extra 33%. Rias charged an extra 29%. Direct Line and Churchill both charged an extra 27%. AXA charged an extra 26%. Aviva charged an extra 25%. All the others that quotes were obtained from charged more with the exception of LV that made no extra charge.

Where no cost was incurred by the insurance company of the policyholder making a blameless claim, there were still quite a few insurers that charged an increase in the premium. For instance, More Than charged an extra 33%, Esure an additional 17% and AXA an extra 14%. Some other insurers that quotes were obtained from also charged extra in premium but a number did not increase the premium due to such a claim.

We trust that you have found the above of interest. When your car insurance policy comes up for renewal, you may wish to obtain quotes from a variety of providers to see if the premium your existing insurer is going to charge you can be improved upon for the same level of suitable cover.