Premiums For Car Insurance Appear To Be Rising

According to the most recent Car Insurance Price Index produced by Confused.com in conjunction with Towers Watson, average premiums for car insurance have risen in the second quarter of 2015. It appears that premiums may be on the increase going forward which would not be good news for the motorist. 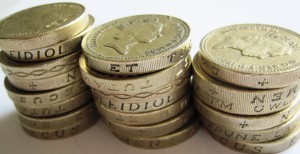 Are we likely to see average car insurance premiums continue to increase?

In Q2 of this year, the index has revealed that the average cost of fully comprehensive car insurance rose by 3.6% per annum. In comparison to the same period in 2014, premiums have gone up by £21 to an average of £600 per annum.

Between 1st April and 30th June 2015, premiums rose by £9 – an increase of 1.5%. In the first quarter of this year, premiums did not rise but any hope that that may have continued to be the case have been discarded. The rise is perhaps not unexpected as in the last two quarters of 2014 premiums rose.

Let’s not forget that policyholders have historically seen premiums drop for three years. So, were we not due for a reversal of this trend and start to see premiums go up once more?

On the positive side, some young motorists have seen a drop in their premiums in the second quarter of 2015. For instance, a 17 year old has seen their premium drop by £32 (1.7%) in that period. When you consider that someone of that age had been paying an average of £3,729 for their car insurance back in Q3 2011 yet are now paying an average of £1,869 they have something to smile about when it comes to the cost of running a car. Or do they because it is still a considerable outlay that they have to find.

The above reinforces the need to shop around for your car insurance to see if you can obtain the level of cover that you require for a lower premium than your being quoted by your existing insurer. A quick way of doing this may be to use a price comparison website that usually provides you with access to several car insurance quotes.