There are many motorists in the UK who will be planning a summer holiday in Europe and getting there by driving their own car. Therefore, you may be interested to read that the number of car accidents involving people in the UK whilst on roads in the likes of France has been on the increase according to some recent research. 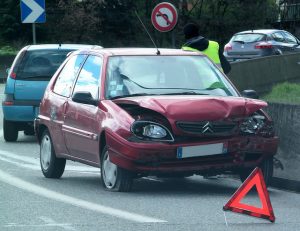 The number of overseas accidents involving motorists from the UK has increased.

In the last 5 years, Admiral, who provides car insurance, has seen the number of car insurance claims go up by 160%. We are sure that you will agree this is a large increase and is most concerning.

It probably does not come as a surprise to read that there are more accidents by motorists from the UK in France than any other country overseas. In fact, 46% of car insurance claims resulted in accidents taking place in France whereas Spain only had 9%. Germany had 7%, Republic of Ireland had 7% and Belgium had 5%.

11% of car insurance claims made by UK motorists whilst travelling abroad were from drivers of BMWs. 9% of claims were from Audi and Volkswagen drivers. 8% were from Ford motorists and 7% were from people at the wheel of Mercedes-Benz cars.

Now you may have thought that it was the younger motorist who was most likely to submit a claim for a car accident whilst travelling overseas but this is not the case. In fact, only 19% of claims were from drivers in the 20 to 29 year age bracket. The biggest percentage of claimants were aged between 30 to 39 with them making up of 30% of claims. Even those aged between 40 to 49 made up for 24% of such claims.

It is important that you check what cover, if any, your existing car insurer provides whilst you are travelling abroad as you would not want to find that if you were involved in a road traffic accident that there is no car insurance cover in place. You may also wish to ensure that you have adequate breakdown cover in place to get the car and you and the occupants back to your home in the UK.