Ogden Discount Rate May Be Revised

Car insurance premiums have risen of late for a number of reasons with one of those being due to the change in the Ogden Discount Rate. Some time ago the Ministry of Justice announced that this rate was being changed from 2.5% to -0.75%. 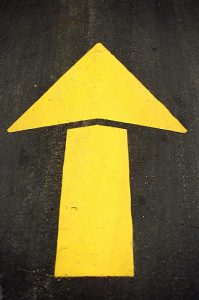 The Ogden Discount Rate may rise

This meant that insurance companies that had to pay out to recompense motorists and other parties that were involved in the likes of road traffic accidents and had suffered serious injuries would need to set aside considerable more monies to meet such claims to provide the claimant with the same level of income.

As insurers had to set aside increased sums, many have put up their car insurance premiums to make up for some of the lost capital. This caused disquiet amongst insurers as their profits may be affected in a negative manner.

Well, it has been announced that the Ministry of Justice is to review the Ogden Discount Rate and it may go up which could be good news for the motorist as well as motor insurance companies. For instance, if the rate was changed to say 1% then that would mean insurance companies would need to set a lower amount of capital aside than they have no doubt been doing since it was first announced the Ogden Discount Rate was going to be a negative %.

Let us hope that a decision is made as quickly as possible with regard to the Ogden Discount Rate as many motorists have seen their car insurance premiums rise significantly at renewal. In this respect, you may wish to consider shopping around to see if you are able to obtain more competitive cover from another provider. One of the ways to obtain a quote could be to go on the likes of a price comparison website that specialises in providing quotes for car insurance from an extensive panel of insurers.