As per the figures released for the car industry, it seems like more of the UK car drivers have continued to stick with their cars as opposed to going for a newer model. Industry figures for August show that the swindling of the insurance sector has continued to play a deciding role on car drivers from deciding to dump their old cars for newer shiny models.

The data released by Society of Motor Manufacturers and Traders or SMMT reveals that car registrations for the newer models have taken a dip from the previous figures. Moreover, the insurance policies from the car insurance comparison sites do not help much in turning the tide to a brighter prospect. 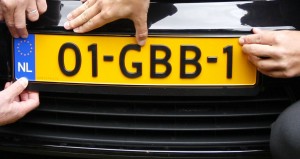 The data shows that registrations have decreased by as much as 17.5% from the same month in the previous year, showing that UK citizens have not yet developed faith in the recovery of the economy. In 2009, motor manufacturers along with the car insurance comparison sites offered prominent schemes including scrappage schemes to encourage UK driver to outdo the recession period. It, apparently, brought a dim hope among the drivers when the car sales showed a better response. The insurance companies also followed the cue to offer good means to gain a low insurance premium for the UK drivers in that year.

However, the increase in the fraudulent claims as well as “crash for cash” acts by drivers across UK to save money only had a negative effect. The insurance premiums rose to unfathomable levels forcing the industry to cut off the loose ends. Given the current times, the premiums continue to increase without showing any benefit from buying new cars. The decline in purchasing new cars continues to show similar patterns of the previous month and is believed to keep the pattern until the year-end.