The AA has warned the motorists to save their car wheels and suspension from serious damages due to driving over potholes. The AA has even urged the motorists to report about the potholes to the local authorities, as the claims due to pothole damage this year have been worth £10.5m.

The motoring group has handled around 230 claims in 2010 with an average claim costing £1,300.The company has to even bear the most expensive pothole claim of £14,000 when a driver crashed his car as after hitting a pothole he lost control. The claim is equivalent to around 8,000 insurance claims for the 35m private cars that costs around £10.5m.

Last year, the claims due to potholes increase three times between January and March as compared to the one in the same period in 2009.The pothole problem is going to be severe this year due to continued bad winter weather and increasing backlog in road renewal. Majority of the pothole related damages costs between £200 and £500 so, the motorists will not exceed their excess. However, according to the quotes from the car insurance comparison site if they make a claim then they might see a hike in their insurance premium while renewing the policy.

The road maintained budget has been cut down to 20% so now the local authorities are finding it difficult to choose the repairing work for any road. They can fix the dangerous potholes firstly to avoid any accident or car damages due to the deep potholes. Therefore, the motorists must also report the potholes to the local authorities. As if the potholes were reported then the local authorities will repair it or incase of any damage will pay for it. However, if you claim the damage to the insurance company then you might get an increase in the renewal of the policy. 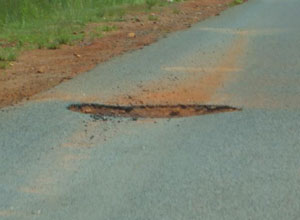