Medical Workers More Likely To Be Responsible For Car Accidents

There has been some interesting research carried out by the price comparison website Moneysupermarket.com. This shows that some of those people employed in the medical profession are more likely to be involved in a car accident where they are found to be at-fault than say a building society clerk. 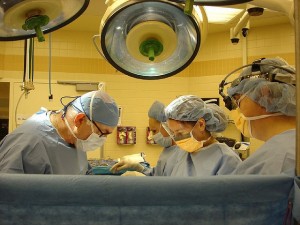 This research was based upon analysis carried out into 1,934,550 insurance claims over a 5 year period that were provided by motorists when they were getting quotes from the above price comparison website between 1 April 2013 to 31 March 2014.

At the other end of the scale we have building society clerks only making 3.5 at-fault claims for every 1,000 such clerks. In second place are order clerks at 14.8 and in third place are audit clerks at 27.6.

This data makes you wonder what could be the causes of so many in the medical profession being involved in at-fault accidents. Perhaps one of the reasons could be because it is felt they are in stressful jobs causing tiredness or perhaps they are travelling on roads when it is dark having just finished a late shift or in the early hours of the morning and are more likely to be involved in road traffic accidents.

Your thoughts on the above would be most welcome so feel free to leave your comments.