Many Motorists Would Prefer Not To Arrange Car Insurance

Some research has been carried out on behalf of Co-op Insurance in respect of car insurance that has revealed a number of concerning things about some driver’s views on this type of cover. The research of 2,000 motorists in the UK was undertaken in May 2016. 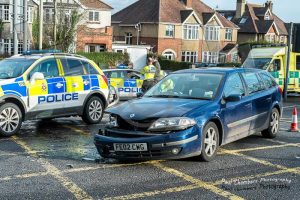 Road traffic accidents occur on a regular basis here in the UK.

The most concerning pieces of information were that 15% of motorists only bothered to arrange car insurance because they are required by law to do so unless, of course, the vehicle was declared SORN (Statutory Of Road Notification) and kept off the public road system. On that basis, that would mean that in excess of 6 million drivers would rather be driving their vehicles without any cover. Only 61% of motorists confirmed that they would happily arrange car insurance even if they did not have to do so from a legal point of view. Apparently, 43% of motorists here in the UK grudgingly buy car insurance and 22% of people taking part in the survey were not certain if they would arrange motor insurance. We are sure that most people would agree these are alarming statistics.

When you consider that, according to data held by the Co-op in respect of claims, one in eight motorists actually make a claim on their car insurance policy each year with the average amount of each claim being for in the region of £3,000, that is a considerable risk to take from a financial perspective. There are no doubt a number of claims that are processed by car insurance companies that run into hundreds of thousands of pounds and more when personal injuries/deaths are involved as a result of a road traffic accident.

It is a legal requirement that, if a car has to be insured, it must be for a minimum of third party cover. The other two levels of cover are third party fire and theft and fully comprehensive.