Look for Car insurance for Risky Driving By Morning-After Drink

The percentage of UK drivers driving after drinking at parties is rising leading to increased risk on roads for any collision or accident. Around four out of five UK drivers have admitted that they have driven their car in morning after the night party when the alcohol level in their blood was still impermissible for driving legally.

As drunk drivers are restricted from driving during the night time, the same way drivers must not be permitted to drive in morning with high alcohol in their body affecting their mind and driving abilities.

The drivers aged between 25 and 34 years seem more responsible, as they will think before setting off in car if they are drunk. Whenever we drink and try to drive, we not only increase the risk for ourself but also for the other drivers on road. The drivers must not drive after drinking in order to protect themselves and their insurance premium.

According to a survey, around half of the drivers know such motorists who drive after drinking. But nobody tries to alarm such people on the risk they are creating while drink driving on road. After the survey around 67% have committed that they will inform the police if they find someone driving after drinking. 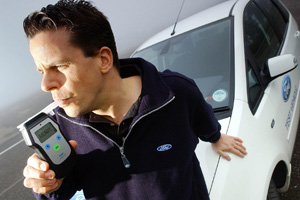