Each year, many thousands of young people learn to drive a car. Some choose to use a driving instructor, some prefer to learn to drive in say their parent’s car and some use both options. 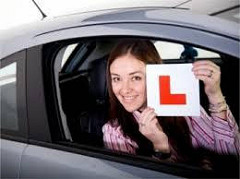 If someone is learning to drive say their parent’s car then an option is to arrange learner driver’s car insurance.

If you are going to learn to drive in say your parent’s car then you will need to be insured to drive it. To achieve this a large percentage of learner drivers will be added to their parent’s car insurance policy as an additional named driver resulting in the premium increasing and an administration fee may well be charged for making an amendment to the policy. In the event of the learner driver being involved in a road traffic accident and a claim being made on the policy then this may affect the no-claims bonus of the policyholder.

There is another option that is available from a number of insurers and that is “learner driver car insurance” that some people may wish to consider. This separate fully comprehensive policy provides short-term cover that could run for say one, two or three months. It would run in conjunction with the parent’s cover. However, in the event of a claim being made on the learner driver’s policy due to the learner driver having an accident the no claims bonus of the parent would not be affected. When the learner driver has passed their test then this specialist form of cover would cease and they would either need to be added to their parent’s policy as an additional named driver or take out their own cover on their own car.