Most motorists make sure that they insure their cars with this being a legal requirement here in the UK unless their vehicles are declared SORN (Statutory Off Road Notification) and kept off public roads. However, it has been revealed by Churchill Car Insurance that has done some research through the Motor Insurers Bureau that there are a significant number of cars that are not insured. 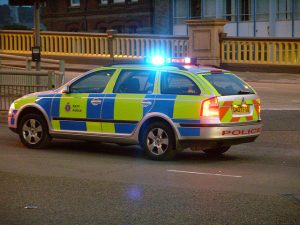 There are a surprisingly high number of motorists in the UK that have no car insurance.

The region with the lowest number of uninsured drivers is Northern Ireland with an estimated 30,504 out of a total of 1,038,109 vehicles. This equates to 2.9%.

It is concerning just how many motorists do not appear to have insured their vehicles in the UK. As a minimum, if a car needs to be legally insured, it has to have at least third party cover that covers any damage to another vehicle, to other property or to other people. This level of cover does not provide any cover for damage to your own vehicle or to the driver. It also does not provide any cover should your vehicle be lost or stolen.