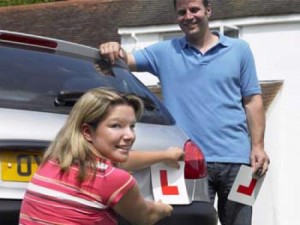 It is also seen that including a 19-year-old in an insurance cover could increase the cost of the premium by nine times. The newer drivers as well as the ones who do not own no claims bonus may stand to suffer inevitable insurance costs of as much as 67% higher than that of the regular motorist. Furthermore, the size of the vehicle driven also determines the insurance costs for such drivers. The insurance for the learning drivers stands at a higher value owing to their inexperience as well as their likeliness of causing accidents. So when an experienced driver vouches for the person, the cost of the insurance does come down but not without increasing the premium for the person vouching.

One should understand that although fronting stands out as a simple and cost effective option for tackling the premium increase, it is neither what the law permits nor is as salubrious as one may think it is. Parents should understand that younger drivers need all the experience in driving which they may utilise later. Insurance costs will automatically come down once the person gains enough experience as well as no claims bonus.