Know Your Road Signs for a Better Car Insurance Premium

A recent study among the UK car drivers has revealed that most of the drivers have been failing to identify the basic and common road signs. The study further continues to show that the drivers have been neglecting to follow the instructions that were drafted for those on the driver’s seat. As much as 83% of the car-driving population consider themselves as good drivers, which contradicts the laid down fact that only about 53% of the drivers claim to understand and know the road signs in UK. The research was conducted by one of UK’s leading motor companies.

Car insurance comparison sites have claimed repeatedly about the issues that may arise because of poor driving. An incomplete understanding of the basic signs on the road is one the prominent factors contributing to the road accidents. With the increase in the road accidents, there is a gradual but steady increase in the number of insurance claims. The study carried out on 2000 UK drivers revealed that only three in a group of five could identify the “No Motor Vehicles” road sign while the others believed that it meant “Motor Vehicles Only”. 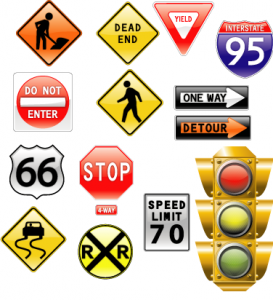 The study also laid light on the UK drivers not understanding the road sign pertaining to clearway, which equated for 52% of the drivers while 20% of the population believed that the sign for clearway actually meant “No Entry”. However the case, there were close to 61% of the population which found the roads signs to be useful while another 25% of driving population preferred an atlas for better travelling.

Considering this state of affairs in the UK driving population, the car insurance comparison sites believe that these neglects are bound to modify the insurance policies as well as the interest rates. Insurance sites consider good drivers alone for lower premiums; a person with a poor knowledge about road signs as well as driving history will be liable to get a high premium policy alone.