It Really Isn’t Worth Breaking The Speed Limit

There are a number of reasons why you should not break the speed limit whilst out driving your motor vehicle. For instance, you are more likely to cause a road traffic accident, if you are caught by a speed camera you are going to be fined and get some points on your driving license and your car insurance premiums may increase. 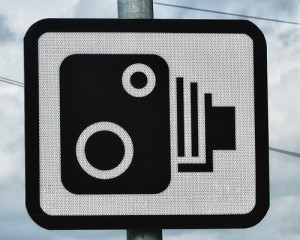 Well, in April this year the number of penalty points rose as did the fine by a considerable amount. So, let’s have a look at the current situation but first just a reminder that the previous penalties were a minimum fine of £100 and 3 penalty points on your driving license.

Now if you are caught travelling between 31mph and 40 mph whilst within a 30mph speed limit you will have 3 penalty points added to your license. The fine would be from 25% to 75% of your weekly income so, if you earned say £500 per week, that would mean a fine of £250 if you had to pay 50% of your weekly income.

If you were caught speeding between 41mph to 50mph whilst within a 30mph speeding zone then you would end up having 4 to 6 points added to your license. You would also have to pay a fine of 75% to 125% of your weekly income meaning that if you earned £500 per week and were fined 100% of your weekly income your fine would be £500. You could be disqualified from driving for as much as 28 days.

If you were caught speeding between 51mph and above whilst driving within a 30mph speed zone then you would get 6 points added to your license and a fine of 125% to 175%% of your weekly earnings meaning that if you earned £500 per week and were fined 150% of your weekly income the fine would amount to £750. You could be disqualified from driving for 7 to 56 days.

So, as you can see, it really is not a good idea to exceed the speed limit as this would result in you receiving points on your driving license, a fine, a possible disqualification from driving for a period of time and your car insurance premiums increasing.