The Motor Insurers’ Bureau (MIB) was set up over 70 years ago to deal with claims for compensation from victims of drivers who had been involved in a road traffic accident but could either not be traced or were not insured to drive their vehicles. All insurance companies involved with motor insurance help fund the MIB. 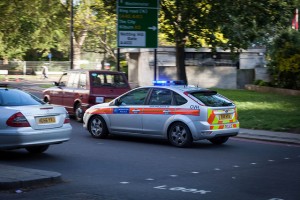 Uninsured motorists are in danger of being caught by the police,

We are sure that you will all be disappointed to read that, according to MIB, there has been an increase in the number of claims it has received from people involved in road traffic accidents where the driver has not been insured to drive the vehicle. This is the first time an increase has been seen in over 10 years.

Apparently, back in 2004 there were about 25,000 of such claims received in a 12 month period but this reduced on a progressive basis to about 11,000 claims per annum. Regrettably, in the past year there has been a rise of about 10% in respect of uninsured driver claims.

This will no doubt have resulted in premiums for car insurance increasing as it is motorists who will have had to bear the brunt of presumed increased payouts by insurers due to claims by people who have been involved in an accident involving an uninsured driver. Apparently, there are an increasing number of motorists who are driving their vehicles without suitable motor insurance in place. As you may well know, it is a legal requirement that, at very least, you arrange a minimum of third party cover on your car unless the vehicle is declared SORN and kept off the public highway.

Let us hope that those involved in identifying uninsured motorists such as the police are able to bring more motorists to justice. There are severe penalties for driving an uninsured vehicle such as receiving points on your license and a significant fine so it really is not worth taking the risk of driving your car without suitable car insurance in place.