Huge Number Of Uninsured Motorists On Our Roads

You should be aware that it is illegal to drive your car unless it is insured at very least for third party cover. You might be wondering why we are mentioning this fact. 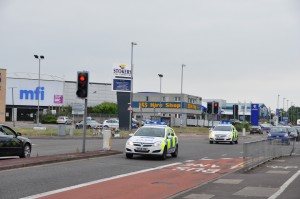 Too many motorists are driving without car insurance being in place resulting in heavy penalties if caught by the police.

Well, there are believed to be a huge number of car owners that are driving their vehicles without having car insurance in place. According to information obtained by Churchill Insurance, between the period January 2013 to June 2015, there were 256, 045 motorists that were caught and prosecuted because they did not have any insurance to drive the vehicles. That is in excess of one quarter of a million people – a huge figure.

It is estimated that there are probably around one million drivers currently on our roads that do not have any car insurance. This is estimated to cost the honest motorists in the UK an extra £400 million in car insurance premiums.

The penalty for getting caught whilst driving a car that you are not insured to do so is 6 penalty points on your license and a £300 fine. You would also have to pay another amount to get your vehicle back and if you don’t claim your car back then it could be crushed resulting in you loosing, potentially, thousands of pounds.

Yes, there may be occasions when, for whatever reason someone has forgotten to insure his or her vehicle but there can still be no excuse for this. It is vitally important that you make sure that you are insured to drive the vehicle that you are at the wheel of.

Getting six penalty points on your license for such an offence is also probably going to result in your car insurance premiums increasing further so that is another additional expense that the majority of people could do without. So, make sure that you have adequate car insurance in place so that you are not breaking the law.