Grotesque Myths Show No Respite to the Insurance Market

The premiums of car insurance have risen to new heights over the last few weeks with the comprehensive insurance touching 30.9% increase as opposed to the last year. The Insurance Price Index from AA shows that the price of an average car insurance currently is £704, which has hit the driving scenario in UK. People have been either skipping out on their insurance cover from car insurance comparison sites or have given up on driving for rescuing themselves from the rising costs. 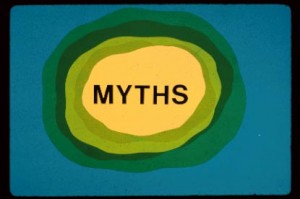 The uninsured motorists have increased tremendously and although they face a penalty of £200, there have been additional penalties levied in order to affect the rising numbers. For instance, additional 6 penalty points as well as £150 are added to such cases. Drivers will be able to get their possessed cars only upon proving the validity of their insurance cover. However, the rising prices have not been able to help much with the growing numbers of uninsured UK motorists.

The UK police have taken regulative measures such as Automatic Number Plate Recognition, which would provide information about the drivers in accordance with the available database of 34 million properly insured vehicles. This technology is bound to help with the detection of the illegal drivers. Over 194,000 offenders without a proper insurance covers were convicted for not having car insurance. However, it seems like most of them have resorted to such means because of certain insurance myths that have been circulating the insurance markets. Some of them include myths such as that a full comprehensive insurance alone can get you insurance cover. Another of the myths include that an over speeding ticket will bring an immediate hike on the insurance cover. Some of the motorists are driven by the myth that the red cars are likely to have a higher insurance cover as opposed to the other cars.

Given such myths and the rising costs from the car insurance comparison sites, it is likely that there may not be an immediate change in the insurance market.