Car insurance comparison sites believe that more of the law-abiding insurance holders would soon see a decline in the insurance premiums, when a new scheme pertaining to drug driving comes to effect. The plan rolled out by the government has high chances of curbing the issues related to drug driving on the UK roads.

It is highly likely that the police stations in the UK may soon be quipped with equipment known as drugalysers in a statement revealed by the Minister of Road Safety in UK. This measure although will take around 2012 to come into action, would be a great move to curb the incidents of drug driving in UK.

The current procedure for drug testing consumes ample time, which delays the criminal proceedings that should be taken on the drivers. Doctors and other medical professionals currently take the drugs tests, as the police are not equipped with the necessary instruments. Besides, a drug test becomes mandatory in order for the police to start a conviction procedure and in such a case, proof for the drug impairment is important. However, with the new instrument, the drugs tests that are carried on the suspects can proceed with greater ease and pace. 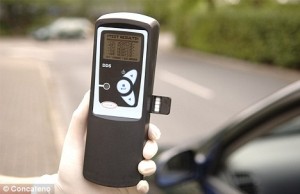 The measure came out because of the increasing number of fatalities due to drunk driving as well as with driving under the influence of drugs. Although, the current year saw a decline in the number of drunk driving cases the drug driving remains at an all time high. Drug driving poses a similar threat on the roads as of drunk driving, which develops a situation of significant danger.

Car insurance comparison sites are highly particular about the positive effect of this measure on the insurance costs of cars. There may be a steady decline in the premium rates in the offing when this implementation finally takes place. Others in the government have been trying to rule drug driving as an offence, which would be a better way to curb this growing menace.