We have previously made reference to whiplash claims in respect of car insurance policies. It is believed that there are a number of claims for whiplash injuries as a result of a road traffic accident that are either dishonest or the amount being claimed is greater than it really should be. One impact that this has had is to increase the amount that policyholders have to pay for their motor insurance with this being at a period when the cost of such cover has been increasing. 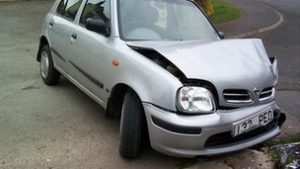 Whiplash injury can be caused by road traffic accidents.

A consultation paper has been issued by the Ministry of Justice in which it makes certain proposals that it believes could reduce the amount that insurance companies pay out for whiplash claims. Because of this, it is estimated that car insurance policyholders could save as much as £40 per annum on their policies.

The period of the consultation process is up to the 6th January 2017 so that appears to indicate the Government is keen to sort out the above as quickly as possible. We are sure that you will agree this has to be potentially good news for possibly millions of people who have motor insurance policies.

Anything that can be done to bring down the amount motorists have to pay for their car insurance especially at a time when we have also been seeing fuel prices go up at service stations has to be positive. Hopefully, we will hear further about the above early in the New Year. We will keep you updated when a further announcement is made.